Maybe it's true that we often value what we don't have. Discipline, to put it mildly, is a quality in short supply in Thai culture. What we do have is plenty of the opposite, known in Thai as mug ngai.

Mug ngai can be roughly defined as a tendency to take the easy way out with little concern for the inconvenience caused to others.

Taking shortcuts by driving the wrong way or riding on footpaths is just one example.

Paying bribes to traffic policemen, throwing trash on the ground, and performing shoddy work are all other examples of our mug ngai culture. 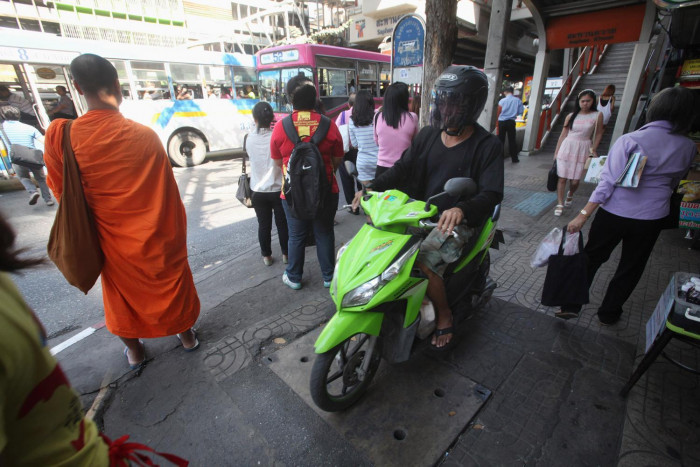 Culture of apathy must be rooted out

Earlier this week, a one-minute video clip widely shared on Facebook showed a woman in university student uniform standing at a bus stop blocking the path of two motorcycles while waving them off the pavement. 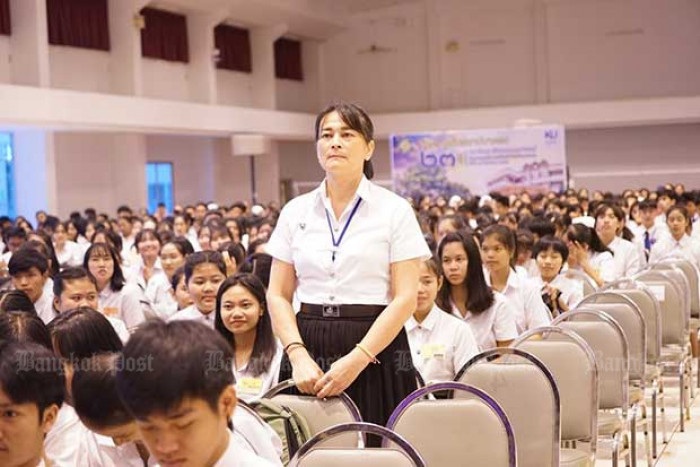 A clip of a Japanese student standing in the way of bikers on a footpath has gone viral.

A clip of a Japanese student standing in the way of bikers on a footpath has gone viral.